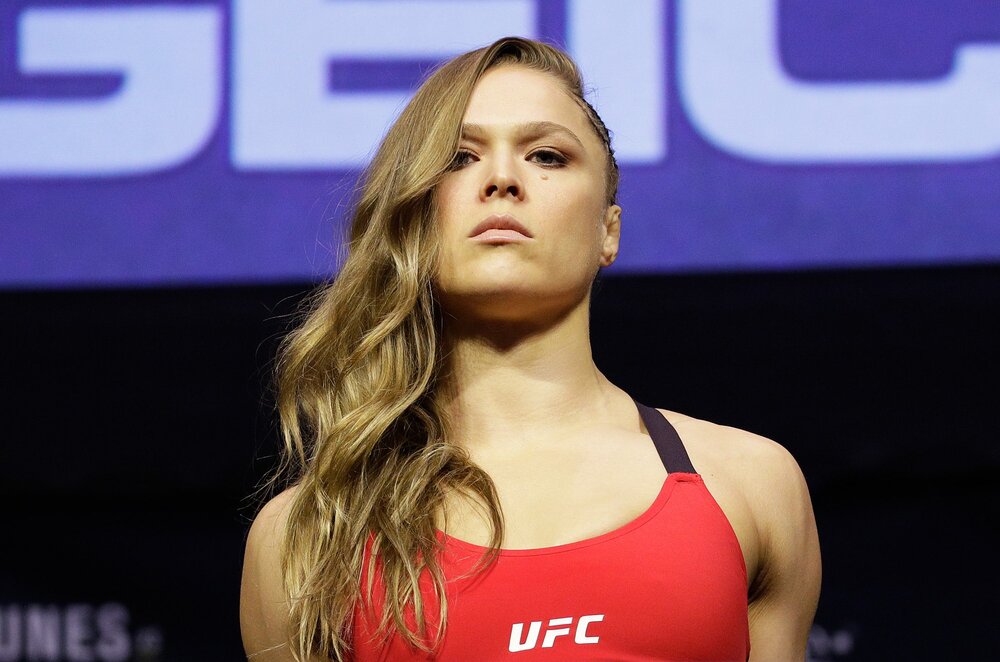 We embrace the Asian Culture of Japan very well. Japanese people are known as the most hard working people in the world. They can work continuously without taking any rest, they can take work loads very well. When it comes to production, Japanese people are excellent at it. Keeping everything aside, let’s focus on a game that was originally created In japan, but became famous worldwide later.

Ronda Rousey is an American judo player born in the year 1987 on 1st February. Ronda Rousey is one of the fiercest women among many empowered and powerful women in the world. When she fights, her determination and strikes made her fans fall in love with her more. She’s the female version of Super Man who can fight like a pro without even having super powers. Because of her fierceness, she is called Rowdy.

Ronda was born in California. She is the youngest of the three daughters of her parents. Judo and fighting runs in Ronda’s family. Her mother AnnMaria De Mars was the first American to win a Judo Championship in the year 1984. In her childhood days, Ronda used to suffer from a very serious problem called apraxia.

Apraxia is kind of a disease when children cannot make a full sentence with their tongues. Ronda had to suffer from this problem until 6 years old. Her parents had to move all over the state for her treatments and took her into different speech therapies to get her rid of this problem. Ronda was not good at school. She dropped out early, and later completed her GED.

Her Olympic judo career was from the year 2004 till the year 2008. In the first years, Ronda used to take Judo training with her mother. What a beautiful thing it is. Learning something you are passionate about from your own mother. Because you know, there are many parents and families out there who do not support their child’s passion or career choice. Ronda was extremely lucky in that sense. In the year 2004, Ronda was the youngest member to get into the Olympic Games in Athens. 2006 was a remarkable year indeed.

She won the First Female US Judoka Title in nearly 10 years to win an A-Level Tournament. Also in the same year, she grabbed the bronze medal at the Junior World Championships, becoming the first U.S. athlete to win two Junior World medals. Then came the year 2007. Ronda won the Silver Medal at the World Judo Championship and the Gold Medal at the Pan American Games. Lastly, in the year 2008, Ronda became the first American to win an Olympic medal in Women’s Judo.

Mixed Martial Arts Career – Ronda had a mixed kind of feelings for both mixed martial arts and judo. She used to complain back in her early days that when she used to fight judo with big guys in the round, and when they used to throw her like a basketball, she questioned herself that whether this thing is correct for her or not.

The pain she used to feel inside her body made her cry every night for three years straight. She wanted to take a break from judo. But you know, once a fighter is always a fighter. She could not focus on anything else except fighting. Therefore, she decided to take training in mixed martial arts. To bear her own and her dog’s cost, she used to do three bartending jobs, and a cocktail waitress job.

Fighting Style – Though she was a cry baby in her early days, that struggle made her more fierce in her upcoming days. Her strength during fighting was her calm brain and consistency. She made huge success applying these two characteristics in her career.

Filmography – Ronda was a multi – talented icon. She not only is a pro in wrestling and fighting stuff, but she also did many films and television programs and gained immense popularity from her fans and the audience. Her filmography career –

2015 – Furious 7 as Kara, Entourage featuring herself.

2016 – Drunk History as Gallus Mug on the Episode : Scoundrels.

2017 – Blind Spot as Devon Penberthy on the Episode : In Words, Down I

This was the end of this article. I felt so powerful writing this article about this powerful woman and presenting it to you all. I hope you enjoyed reading about her. And I also hope, then whenever you feel like life is difficult, and you feel like nothing right is going to happen with you, ten just read articles about powerful women like Ronda Rousey. Inspiration will strike in.

Which Sports Bra Ronda Rosy Use?

Q. Who did Ronda Rousey date?

Q. Did Ronda Rousey get married?

Ans: Yes. Ronda Rousey dated Travis Browne. Then the couple got engaged on 20th April 2017 in New Zealand, and got married on 28th August 2017, in Hawaii. Which is Travis Browne’s home state.