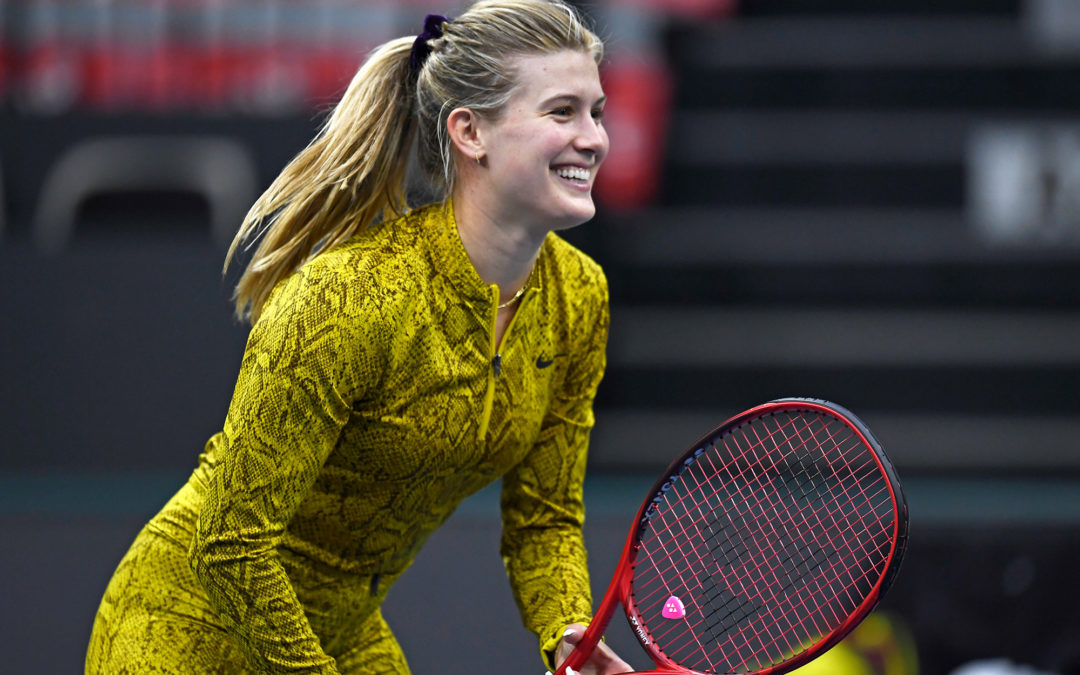 To those women who believed in themselves, and made every woman believe that we women can achieve everything we want. If we are just brave enough to pursue our dreams. Let’s talk about the top 5 Canadian female tennis players that won our hearts.

Over the centuries tennis has been one of the most hyped games to people. People spend hours in front of the television to watch tennis games, people spend their money to go watch tennis at stadiums. Many famous tennis players made records and people who are passionate about tennis, hung their photos on their bedroom walls, kept their post cards, watched their games and interviews repeatedly.

Tennis is not only popular worldwide. This is a game that we have been playing while growing up. With our friends, cousins, on our roofs, gardens, or local areas. Today’s article is about tennis. But not only about tennis. I am dedicating this article to those women who were the masters of tennis. 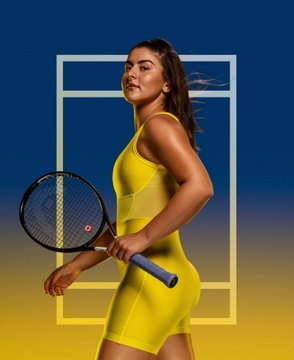 Full name of this gem of a woman is Bianca Vanessa Andreescu. She was born on 16th June in the year 2000. Just imagine people just a 19 year old girl is literally making history. As a woman, I feel super proud. She is ranked number 1 in Canada as the Best Canadian Female Tennis Player and number 4 as the Best Female Tennis Player Worldwide according to the Women’s Tennis Association (WTA). I mean that is literally so awesome. She was a trademark hit when she defeated Serena Williams back in 2019 for both the US Open and Canadian open. checkout the recommended sports bra for tennis players.

Early Life – Bianca Andreescu was born in Mississauga, Canada. Her parents are from Romania originally. But since Bianca was born in Canada, that made her a Canadian resident. Her father worked as a mechanical engineer in an automotive company, and her mother was the chief compliance officer at a financial services company. Bianca began to learn tennis unofficially at the age od seven. She started official tennis training at the age of twelve.

Junior Career – In the junior career Bianca’s achievements were number 3 junior ranking in the world in 2016, winning Les Petits As in 2014, 16 and under Orange Bowl in 2014.

Professional Career – Her professional career began in the year 2015 on the ITF Women’s Circuit. In 2019, she became the First Mandatory Title ranking number 4 in the teenage US champion.

National Representation – Bianca was the first female to enter into the tennis world from Canada. She placed Canada into third place at the Junior Fed Cup in 2015, and fifth place in 2016 with USA being number 1.

Playing Style – Well this is interesting. Though the game is the same, each player has their own different style of playing. Bianca was marked as an excellent shot selector while playing.

Awards – Bianca has won several awards. Here is the list. 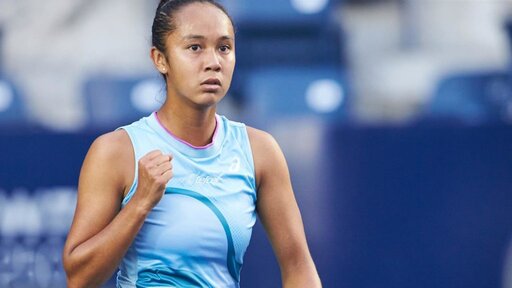 Her full name is Leylah Annie Fernandez. She was born in the year 2002 on 6th September. Just a 17 year old girl making histories. At the Montgomery opening in 2021, she won her first Women’s Tennis Association (WTA). Her father is Ecuadorian and her mother is a mixed Filipino Canadian.

Playing Style – Leylah is left – handed. Therefore, she plays the game with her left hand as well. Two – handed and backhands are her specialties. 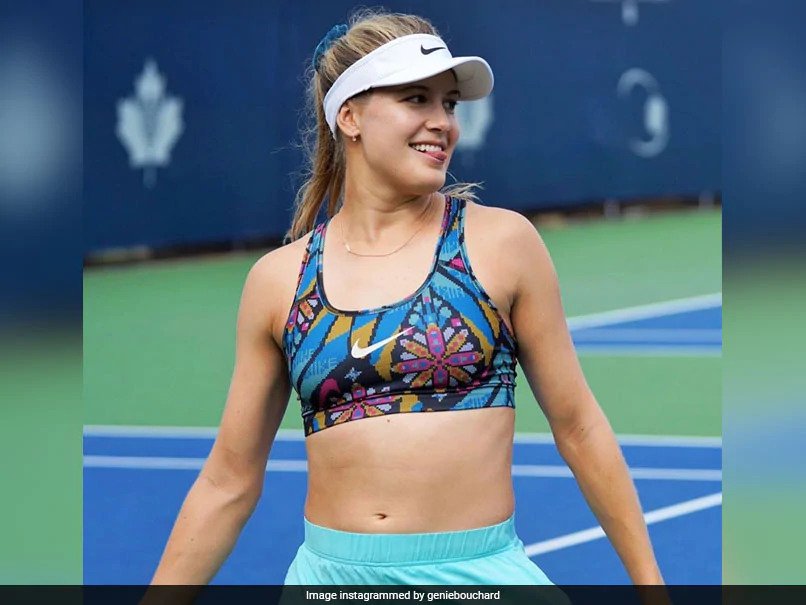 Eugenie Bouchard is a 28 year old Canadian tennis player born on 25th February 1994. She represented Canada in 2014 at the Wimbledon Championships.

Early Life – She was born in Montreal, Canada. Her father’s name is Michael Bouchard, who is an investment banker. And her mother’s name is Julie Leclair. She has a twin sibling.

Professional Career – Eugenie had a long way in her professional career. From 2005 to 2010, she had all her first events on the ITF Circuit. In 2011, she had her junior success and first Women’s Tennis Association (WTA). In 2012, she reached the semifinals of Junior Wimbledon Champion. 2014 was all about her first WTA title, Grand Slam, and her top 5 appearances.

Playing Style – Eugenie has a very powerful style of playing. Her hand moves are very aggressive. 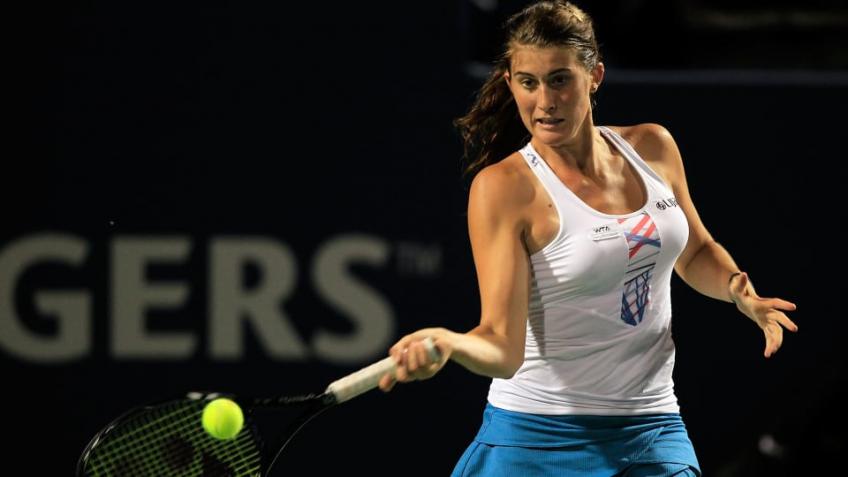 Rebecca Marino is a 30 year old Canadian tennis player born on 16th December, 1990. She presented Canada by reaching the highest record in WTA single positioned at 38.

Early career years – Rebecca’s early career period was bumpy and challenging. She got selected in many things, but unfortunately always had to back out from the middle. But she kept on going for the sake of tennis.

Tennis Career – Rebecca experienced a roller coaster kind of ride in her tennis career, In 2010, Rebecca won the US Open match three times. 2011 was the year of her first WTA final ranked at number 38 with respect. 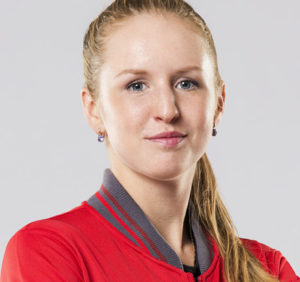 Katherine Sebov is a 22 year old Canasian tennis player born on 5th January 1999. She became famous in the tennis world by reaching the WTA ranking at number 192, and 22 on the ITF Junior ranking.

Early Life – Katherine Sebov was born in Toronto, Canada. But her parents are originally from Ukraine. She took tennis training initially in Toronto but later in Los Angeles.

Tennis Career – 2013 was the year when she got her first award as the First Junior Singles at G4 in Vancouver. In 2015 she won the same award at G1 in Traralgon.

This was the end of the article based on top 5 Canadian Female Tennis Players. Hope you enjoyed reading it.

Ans: Ashleigh Barty is the number 1 women’s tennis player in 2020. 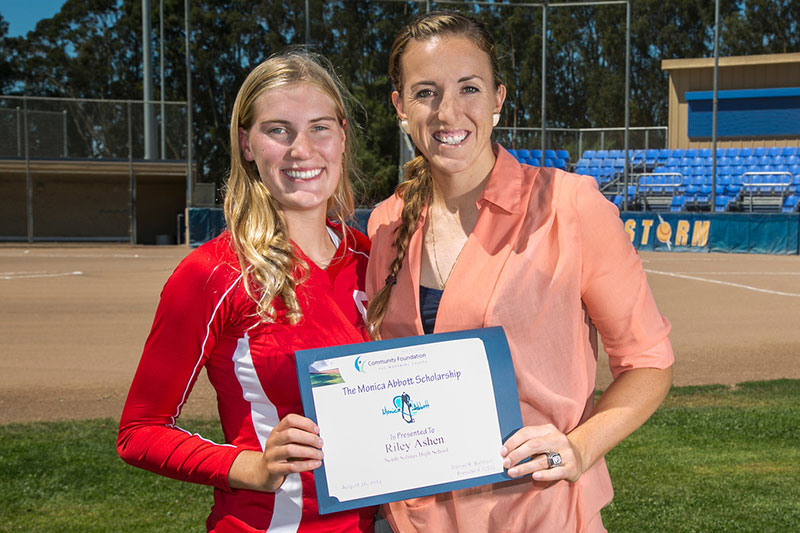 Monica Abbott. She is the first female softball player who signs to a million-dollar contract.

Softball has been making history for centuries. From it’s high land to the Olympics, to the worldwide popularity between audiences. Softball has won my people’s hearts. This game is similar to baseball. People who love watching or playing baseball, they might also enjoy watching and playing softball too.

Today I am talking about softball for a reason. Many people played softball, they became popular, and at one point they might have stopped playing it or might have continued. But that is not the main concern of this piece of writing. What this piece of writing focuses is on that amazing woman who was the first female softball player to win a million dollar contract.

My mind is just blown away by this fact. First of all, as a woman I feel proud. And then, just think about it people. Signing a million-dollar contract! That is very huge. So let us jump right into the article and get to know this cool woman who was the first female softball player to win a million dollar contract.

The one and only Monica Abbott –

That is right people. She is the one. The one and only Monica Abbott was the first female softball player to win a million dollar contract. And today’s article is all about her.

Full name is Monica Cecilia Abbott. She is a 35 year old American professional softball player born on 28th July in the year 1985. She is originally from Salinas, California. She has been making records all her life and has created a remarkable trademark in her career. Her specialty is that she is left- handed, and played all her games like a pro with her left hand.

Monica was basically born in Santa Cruz, California. But when she grew up, she and her family moved to Salinas, California. She is a sibling of three sisters and one brother. Her father’s name was Bruce Abbott and her mother’s name was Julie Abbott.

When Monica was growing up in Salinas, she was more interested in sports than in studies in school. She actively participated in her favorite sport and won many things back at that time which helped her to boost her own self-confidence.

Monica had the option to apply at so many universities. But she had to go to the University of Tennessee because they had one thing special that made them different from other universities. The University of Tennessee has a very good record of supporting and influencing female athletes. They even have different playing sections where you can nurture your talent. No doubt why this university was the perfect one for Monica.

Sophomore year was even better than Freshman year. She won the title of first team Louisville Slugger/ NFCA All – American and first–team All-South Region Choice again. She broke her own record for single season wins with 50 and had 603 strikeouts thus becoming the first pitcher in NCAA Division I history to record 500 K’s in a season twice in her career.

In Junior year, Monica UT to the WCWS and was chosen in the all-tournament. That year also, she won the title of first-team Louisville Slugger/ NFCA All – American and first–team All-South Region Choice.

Two of her major trademarks in her professional career were the NPF and Japan Softball League sponsored by Toyota Motor Corporation: Red Terriers.

Other things that Monica Abbott do –

She has a golden heart. The Monica Abbott Scholarship that she received, she uses to support many female multi-sport students. Both for their educational purposes and for their games in the field. Monica is the founder of 16 institutional clinics that she runs in America for training athletes. After the COVID – 19 pandemic, her clinics launched video conferences where Monica shows her pitching styles online and let people learn her styles. She has a huge fandom. Her fans call her ‘Moniacs’.

This was the end of the article about the first female softball player to win a million dollar contract, Hope you enjoyed reading it.

Who was the highest paid softball player?

Who was the fastest softball player?